So my best buddy and I got together for the first few games of Outremer: Faith and Blood as part of our latest campaign last weekend.

This time around we are both playing Military Orders and ironically we are both fielding Hospitaller Knights.

My force is based on the early years of the Order and so are clad in black monastic robes, whilst my opponent’s Hospitallers are from a later era and so are wearing the red surcoats instead. 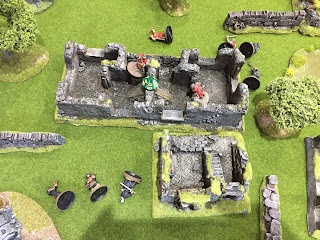 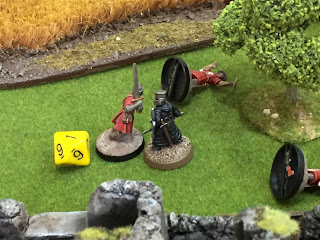 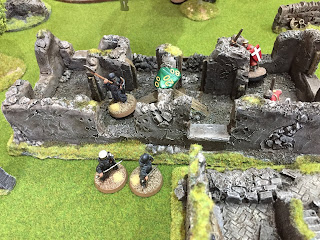 We played through the first three missions in the rulebook and they were suitably bloody and both forces took heavy casualties in each encounter. 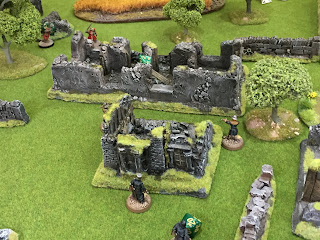 Both melee and ranged engagements took a heavy toll on opposing fighters! 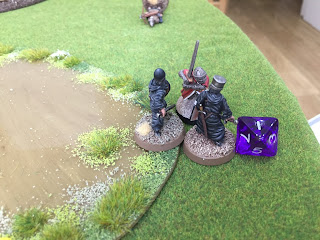 I won the first two battles which initially gave me a slight advantage; however my opponent then managed to score a stunning victory in the last game which then put him ahead in terms of overall resources. 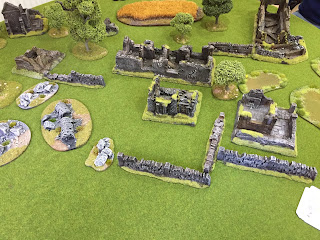 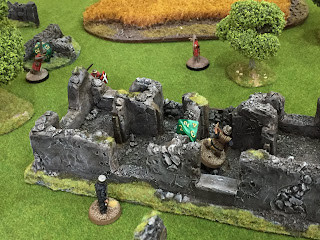 We started the day with four fighters a piece as Military Order fighters are so elite you don’t get many of them for your gold. However by the end of the day we had both been able to expand our warbands, recruiting more warriors and upgrading fighters equipment. 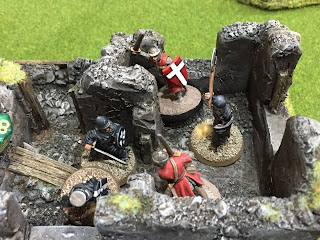 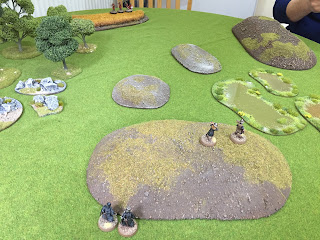 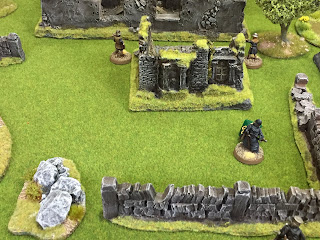 In between battles out fighters picked up new skills but also acquired a few dreaded injuries that would affect their performance in later battles... Like my Turcopolier warband leader who now has such a bad arm injury he can no longer carry a shield or use a two handed weapon!! Damn!! 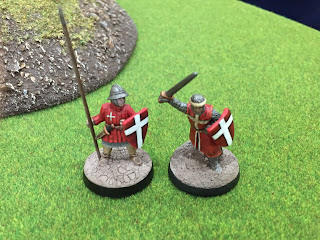 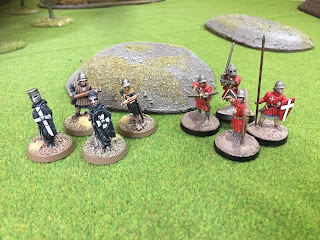 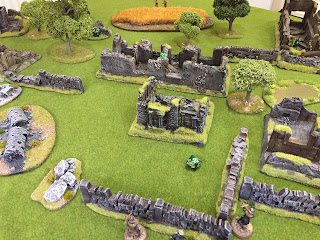 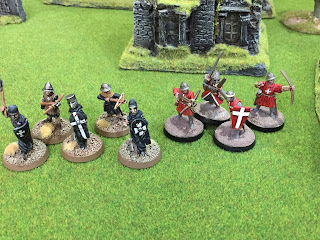 Overall this was a fantastic day of gaming and has been a great start to the new campaign!

I know as the author I am biased, but I love these rules; the games are quick, brutal and bloody... and every fighter develops his own history, background and quirks as the warband develops! I can’t wait for the next game!!!
Posted by LegioCustodes at 15:56