The final warband faction that is featured in the rulebook for Outremer: Faith and Blood are the Knight-Brothers and Sergeant-Brothers of the Military Orders. These holy warriors were formidable fighters and formed an iconic faction during the Crusader period; and still for many the bright red cross on a white mantle of the Knights Templar is the lasting image of the Crusades. 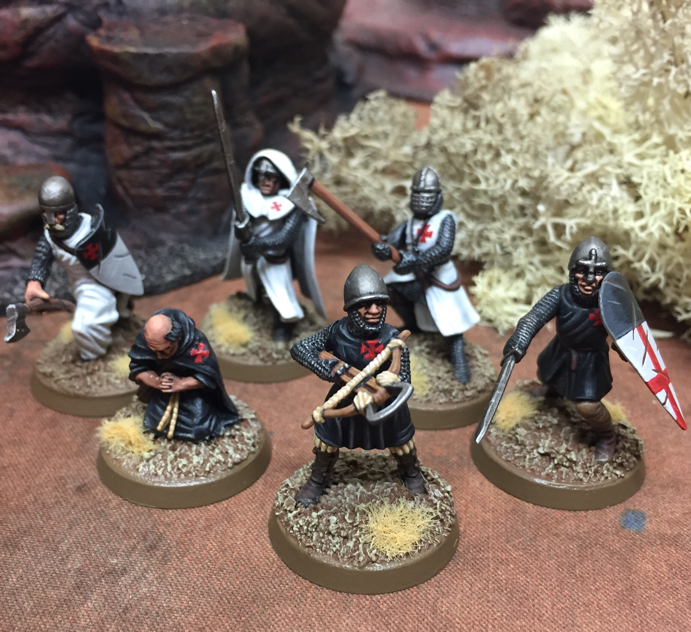 The Military Orders of the twelfth century were an exceptionally effective fighting force, representing the first organised, structured and disciplined army in Christendom since the collapse of the Western Roman Empire. Whilst there were variances between the different Orders the rules of admission were basically the same; on entry brothers took monastic vows, gave up the secular world and swore to become soldiers of Christ. For 'second sons' who were unlikely to inherit and didn't want to enter the Church proper this provided excellent opportunities and chances for advancement and status. 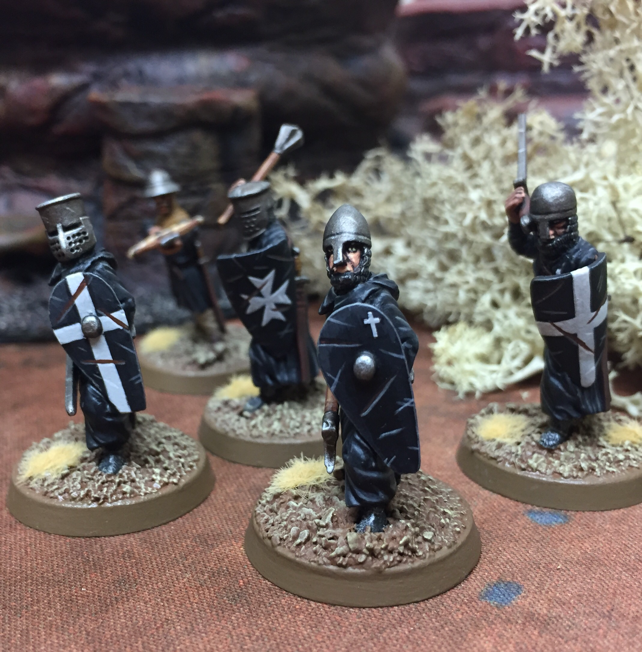 Only men of noble birth could enter the Orders as Knight-Brothers whilst men of lesser status were able to enter as Sergeant-Brothers. In most Orders the knights and sergeants dressed similarly except in the Templars where sergeants weren't allowed the white mantle and wore a black or brown equivalent instead. 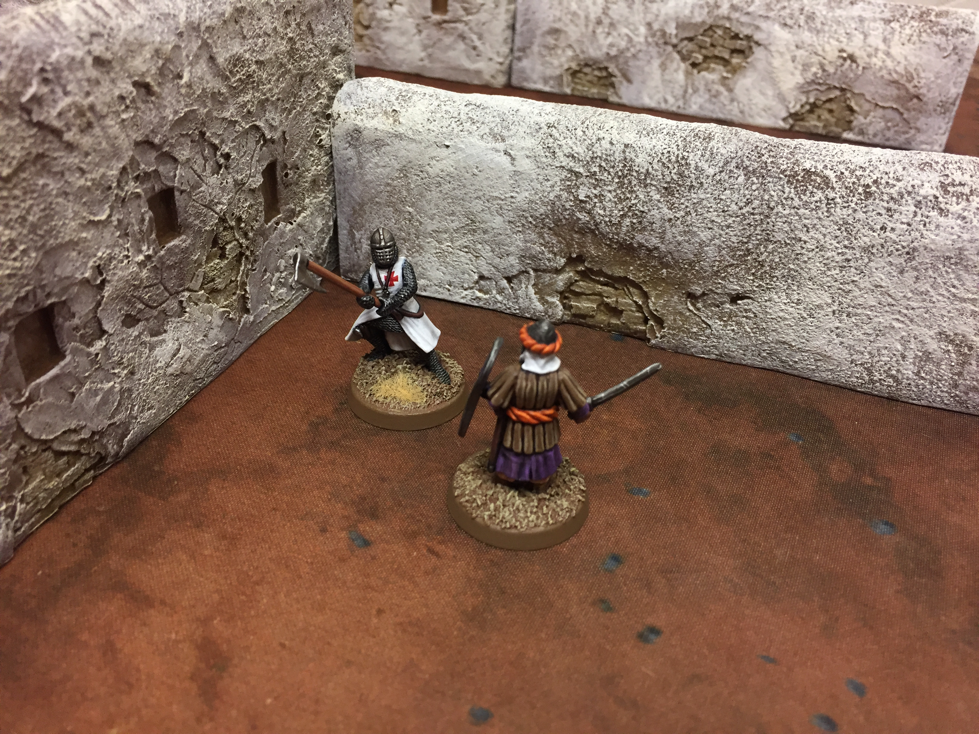 The oldest Military Order was the Knights Hopsitaller, however the first to militarise it’s forces was the Knights of the Temple who had journeyed to the Holy Land under Hugh de Payens following the First Crusade in order to protect Christian pilgrims who were being robbed by bandits on their way to Jerusalem. These two organisations were later joined by the predominantly German order of the Teutonic Knights and the leper knights of St Lazarus.

Numerous smaller orders (such as the Knights of St Thomas at Acre) also appeared though they mainly based themselves on the models already established by the larger pre-existing orders. In Iberia Military Orders of indigenous Spanish knights were also established as part of the Reconquista (such as the Knights of Santiago) and again these closely resembled the larger orders already operating in the Holy Land. 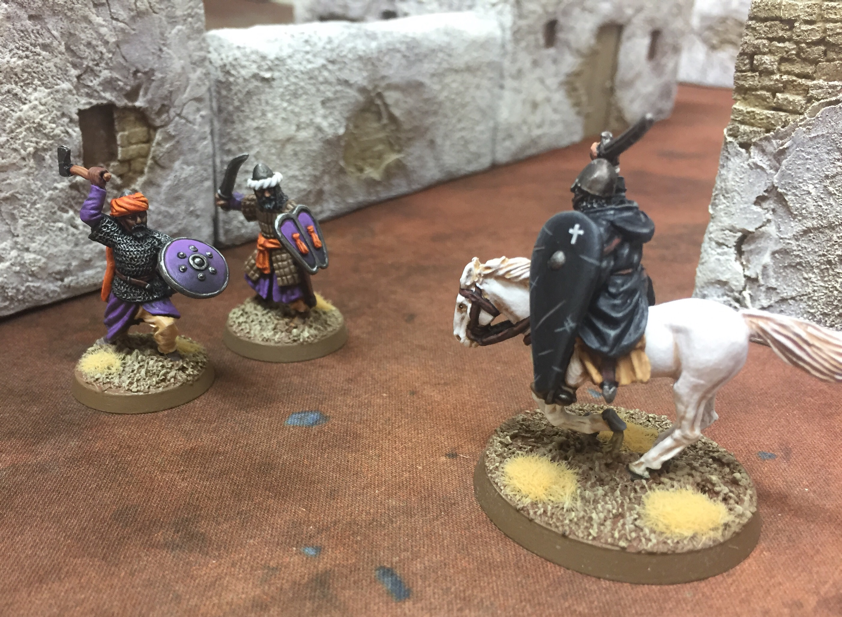 In the game the professional warriors of the Military Orders are potent fighters and even the most basic Sergeant-Brother comes with a host of skills and equipment that make him comparable to the veteran soldiers found in other warbands. However this potency comes at a cost... for whilst these warriors are exceptionally powerful they are also exceptionally expensive and Military Order players will often find themselves outnumbered by their lesser foes. Thus each warrior needs to be deployed shrewdly to ensure that they are utilised to best effect. 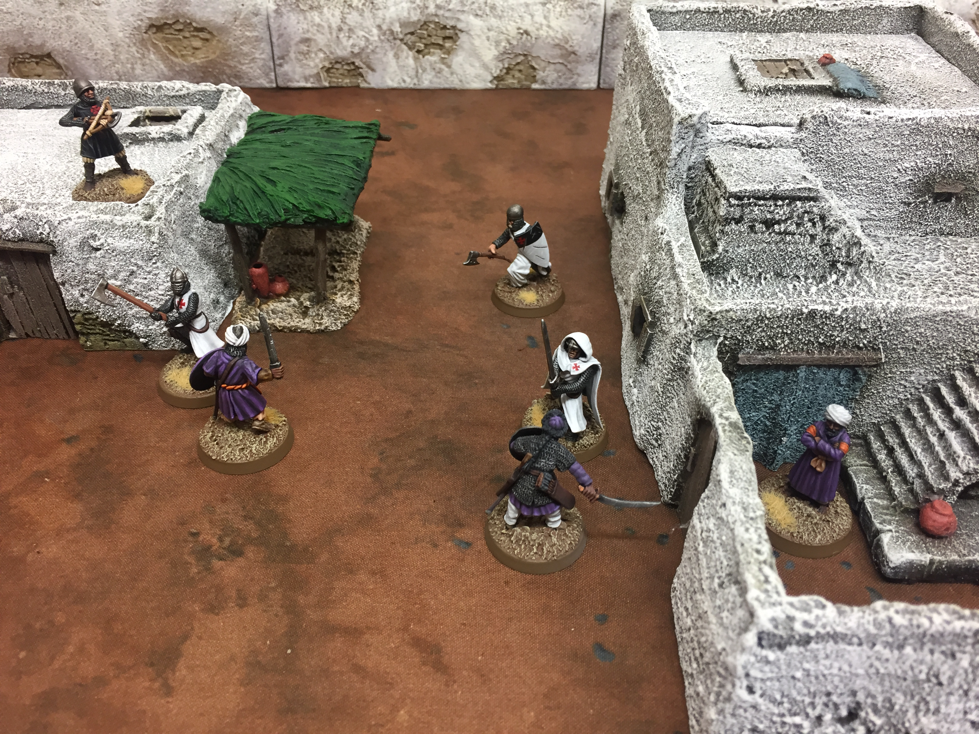 As the knights clearly form a key part of the Military Order battle-line it goes without saying that their cavalry is suitably powerful and hard-hitting... in fact there are are few models on the table that can receive a charge from these warriors without taking severe damage... or fleeing in abject terror. 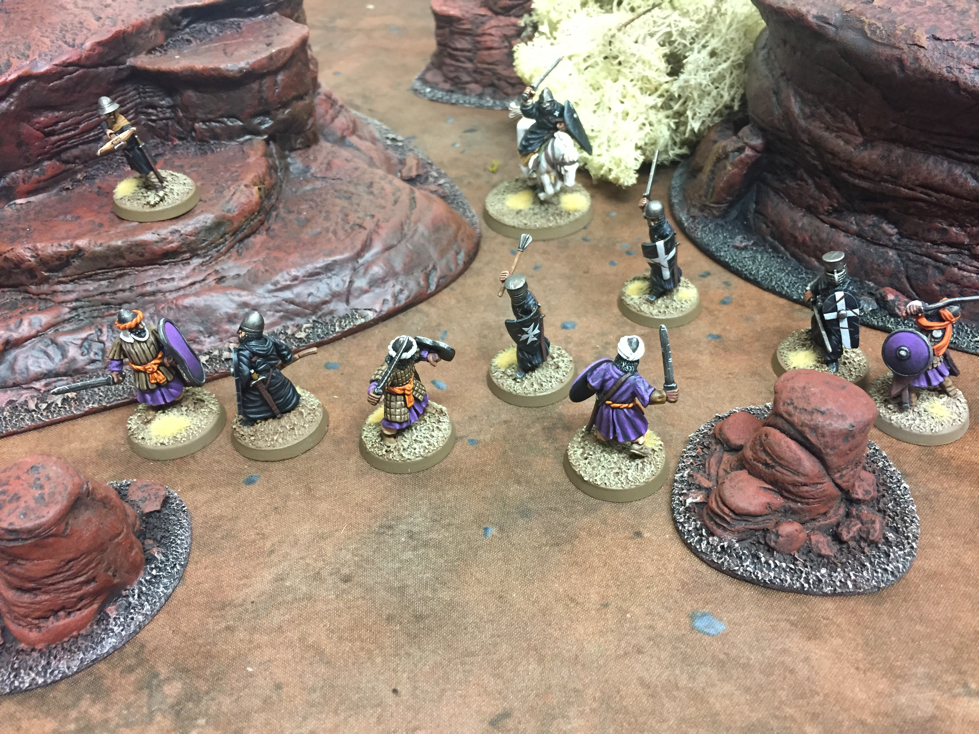 A bone of contention during the period was the fact that the Military Orders did not have to answer to local branches of the Church and as such had their own chaplains and priests. This is represented in the game and this faction's religious leaders have the ability to increase both the efficacy and durability of their brothers on the battlefield. 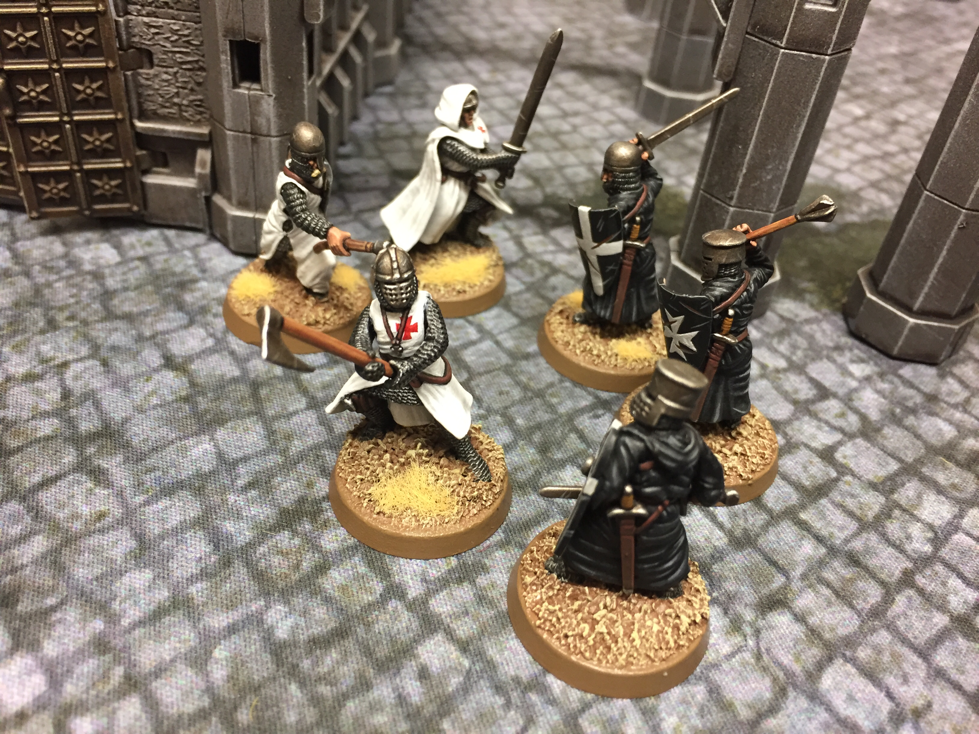 The Military Orders are a really fun faction to play in Outremer: Faith and Blood and as an added bonus you don't need many models to represent them! Whilst the list in the book is suitably generic and can be used to represent any Military Order that you choose I will be releasing rules later that allow you to tweak the forces to better represent each of the individual Orders and their own unique nuances.
Posted by LegioCustodes at 08:11