So for my first few posts around Outremer I will be having a general look at the three main forces currently available to players.

We have the Crusaders (or Franks) who can be used to represent the hordes of pilgrims and knights that flocked to the East following Pope Urban's first call for Crusade in the  mid-1090's through to later era forces of soldiers who had grown up in the Holy Land itself. Next there are the Saracens who represent the Islamic Forces who sought the repel the Christian invaders from the Holy Land. ... and finally we have the Military Orders, a compact elite force of professional warriors who were feared across the known world at the time.

This first post will provide a general look at the Crusader faction. 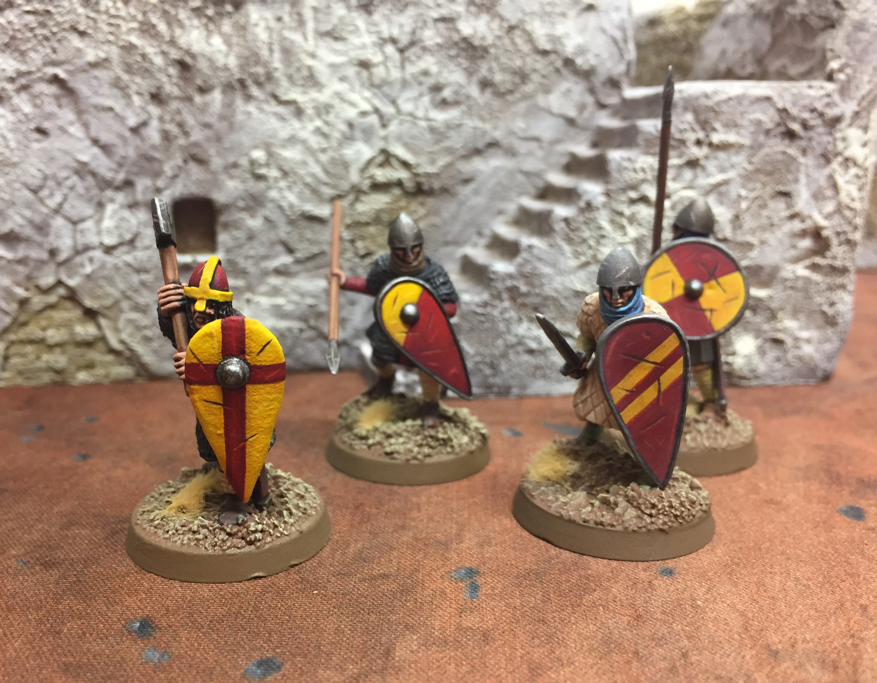 There is a wide range of scope for players who choose the Crusaders as the faction that their warband represents. They are able to field a good selection of melee focussed infantry and supporting ranged weaponry.

The army itself is highly flexible and caters for all tastes including both gamers who want a small force of heavy hitting assault troops or alternatively desire a larger warband of more basic troops. 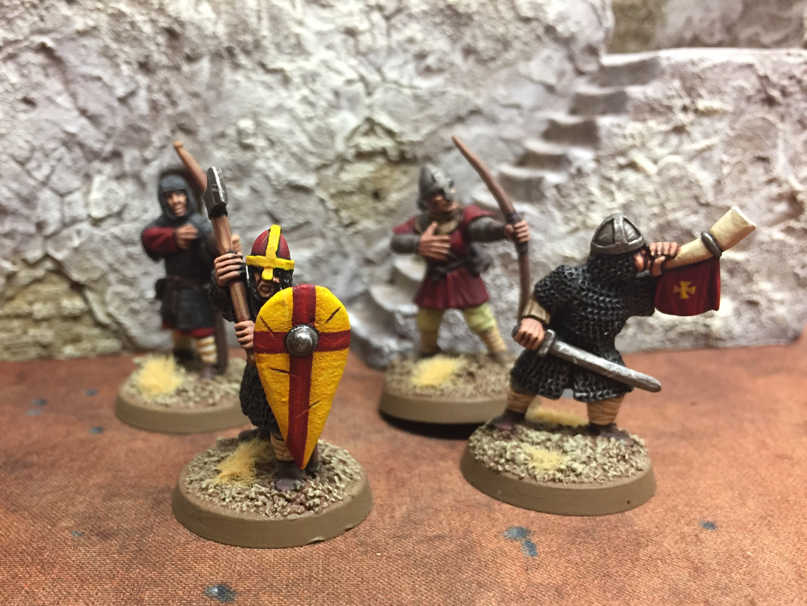 Both approaches have their advantages and disadvantages and players will need to consider these when selecting and developing their force. A well-equipped force of heavy hitting assault troops will invariably punch hard during melee and be able to slay their opponents in short order, however they risk being outflanked and out-manoeuvred by a more numerically superior foe...something that could be an issue in certain scenarios where the goal is to secure multiple objectives. 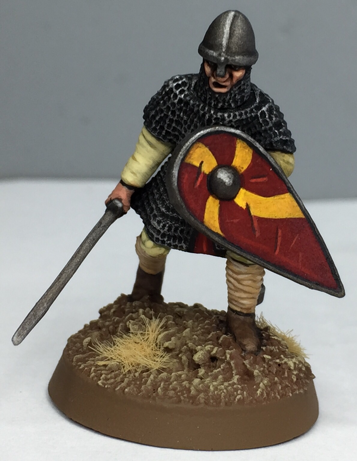 To reflect history the forces of the Crusaders have access to the terrifying melee fighter that is the Knight, and when appropriately equipped these warriors can cause serous damage to their foes. These men were trained fighters and highly proficient killers and to reflect this they start the campaign with a bonus to their close combat capability as well as a free sword which was the ubiquitous weapon of the knight and symbolic to their status. 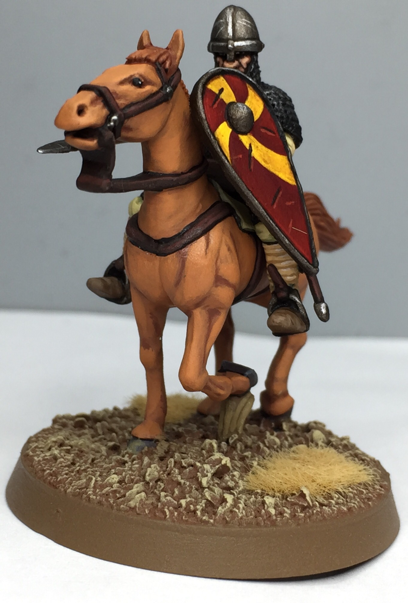 Of course a knight equipped in a full suit of maille whilst carrying a sword and shield is considerably more cumbersome than a warrior who is not so encumbered; as such they will move a lot slower...something astute warband commanders will need to take into account when deploying their forces. 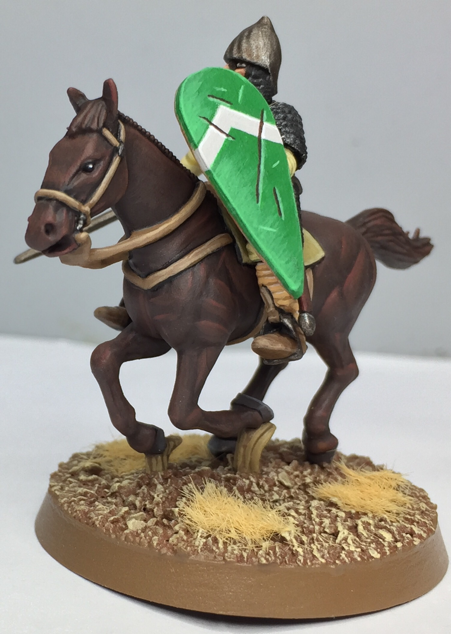 Once warbands have become wealthy enough then they can offset this mobility issue by purchasing their knights warhorses to ride to war. As well as making the warrior faster these impressive mounts also make them tougher to kill and even more hard-hitting in close combat. 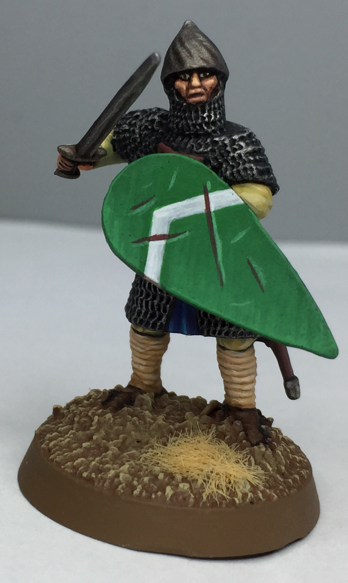 Of course knights aren't the only fighters in a Crusader warband and as they are so expensive to purchase there are a range of other warriors available to bolster the Christian numbers on the battle field. 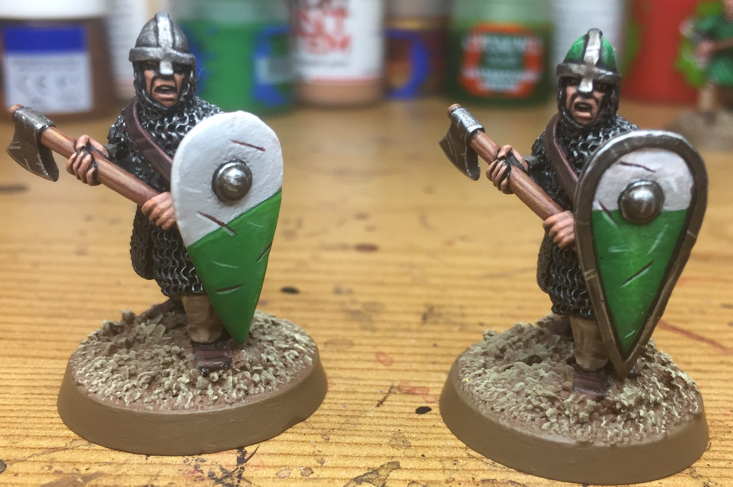 Professional men-at-arms are available and whilst not as hard-hitting as their noble betters they are still powerful soldiers who can bring death and despair to any who stand before them. 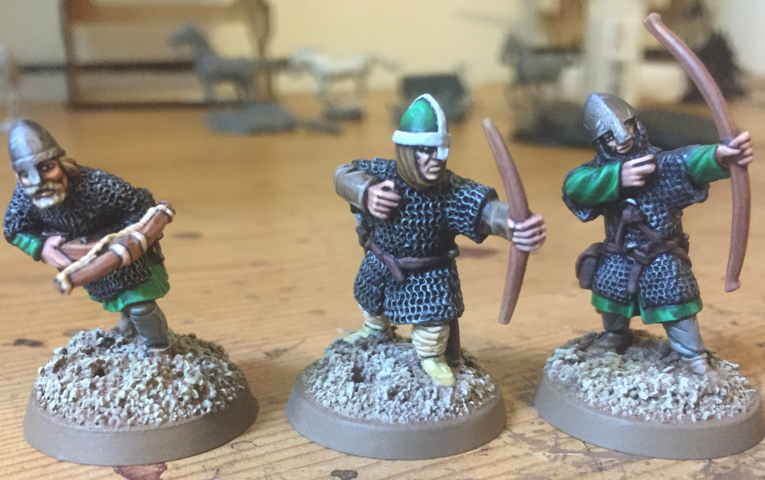 As these professional soldiers grown in experience over the course of a campaign they are able to further specialise and can become melee experts or highly proficient marksmen able to put an arrow or crossbow bolt through the eye of an enemy at 100 paces. At the bottom of the hierarchy you have the cheap (and some ruthless commanders may say expendable) peasants and pilgrims who made up the bulk of the citizenry of the Crusader States.

These fellows are lightly equipped and not all that formidable... but they are numerous. After all while you may prefer quality over quantity some times quantity is a quality all of itself!

The bonus here is that whilst these guys are cheap to recruit they are able to gain experience rapidly and (if they survive long enough) will be able to become men-at-arms or indeed tradesman who can bring unique benefits to a warband. 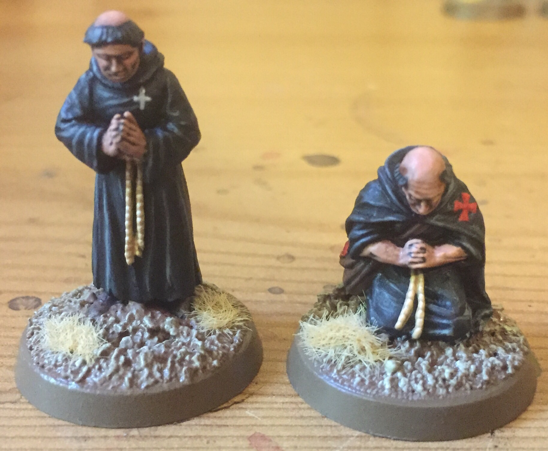 Finally we have the Men of God, an assortment of monk's and priests who bring religious support and guidance to a warband (after all the game is called Outremer: FAITH and Blood).

Again these characters aren't great fighters initially, but their presence can greatly improve the performance of nearby warband members, giving them a little extra potency during games.


Overall a Crusader Warband is a great all-rounder with a focus on powerful melee prowess.
A dedicated general will really be able to shape such a force into a high-precision tool over the course of a campaign.
Posted by LegioCustodes at 05:47